New hope for out of time Inheritance Act claims

On 30 July 2019, the Court of Appeal handed down its Judgment in the case of Cowan v Foreman which concerned a claim under the Inheritance (Provision for Family and Dependants) Act 1975 (‘the Act’), overturning the High Court’s earlier decision.

The Judgment means that, in this particular case, Mrs Cowan can make a claim for reasonable financial provision from her late husband’s estate despite bringing that claim after the deadline imposed by the Act. 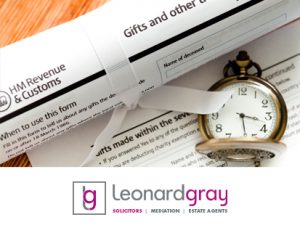 Following his death, a Grant of Probate was obtained on 16 December 2016. In his Will Mr Cowan did not make any outright provision for his wife, Mrs Cowan, but did make her a beneficiary of two discretionary trusts.

Dissatisfied with the lack of provision made for her in Mr Cowan’s Will, Mrs Cowan issued a claim under section 2 of the Act for reasonable financial provision from her deceased husband’s estate and also applied for permission under section 4 of the Act to bring that claim out of time.

The normal rule, under section 4, is that the time limit for bringing a claim under the Act is 6 months from the date the Grant of Probate is obtained – unless you obtain the Court’s permission to bring a claim after that date.

In Mrs Cowan’s case she did not issue her claim for nearly 2 years after the Grant of Probate was obtained. However during that time she had been obtaining legal advice and entering into negotiations with the executors of Mr Cowan’s Will. Whilst these negotiations were ongoing the parties had agreed between themselves a ‘Standstill Agreement’, effectively extending the deadline by which Mrs Cowan could bring a claim. Since the negotiations were unsuccessful, Mrs Cowan went onto issue her claim on 8 November 2018.

In the first instance, the High Court refused to allow Mrs Cowan to bring her claim out of time stating that “It is not for the parties to give away time that belongs to the Court”, essentially refusing to recognise the Standstill Agreement that had been agreed between the parties. Mr Justice Mostyn found that there was no good reason for the delay and that Mrs Cowan had no real prospect of success in her claim.

However, the Court of Appeal overturned the decision of the High Court and granted permission to Mrs Cowan to bring her claim out of time. They found that Mr Justice Mostyn had errored in his approach to the case. Of particular note, the Court of Appeal concluded that whilst a Standstill Agreement is not binding on the Court, where both parties are legally represented the Court are more than likely to “endorse the approach” taken by the parties, particularly since they can be useful in allowing the parties to explore the possibility of settlement before incurring the time and cost of Court proceedings.

This decision is good news for potential claimants who fear that it may be too late to bring to a claim under the Act.

It is nonetheless important to act quickly in seeking legal advice if you are dissatisfied with the provision made for you in a deceased’s Will, so that your position may be protected.

For more advice in relation to disputed Wills please contact Erin Duffy who will be pleased to assist you.

We continue to monitor and review our working practices in light of Government and Public Health England guidance during this pandemic. Whilst we strive for a high level of uninterrupted service for our clients we are also taking steps to minimise the risk of infection to both you and our staff.